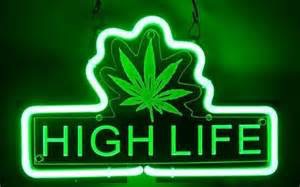 The swelling ranks of adolescent cannabis users will produce thousands,   upon thousands of perpetually stoned, underachieving and unemployable  young adults, many of whom will die in poverty, and well before their time.

Cannabis use among teens and young adults is associated with serious medical and psychological pathology, including  suicide, unemployment, and significant relationship problems. Study after study shows the detrimental effects of marijuana on the brain, behavior, productivity, quality of life--and now, the length of life..

Here’s a brief summary of the key findings from the current peer-reviewed literature.
Regular cannabis use is associated with…

In a well-designed and well-powered study of 45,000 men, (The American Journal of Psychiatry, 2016) researchers found that those who had used marijuana persistently during adolescence and early adulthood were 40 percent more likely to die by age 60, compared to those who never used marijuana.

This shocking news does not bode well for America because marijuana use has nearly tripled among high schoolers and young adults since the 1990’s. A 2012 study by the University of Michigan reveals that nearly one-third (31%) of teens young adults (ages 18 to 25) have used marijuana in the last month. Even worse, nearly 7% percent of high school seniors are smoking marijuana daily— up from 2.4 percent in 1993.

The swelling ranks of adolescent cannabis users will produce thousands, upon thousands of perpetually stoned, underachieving and unemployable  young adults, all in need of jobs and more money. It's almost incomprehensible to me, that given all that we know about the harmful effects of cannabis, that it is now more accessible than ever—especially to children and teens.

How did we get here?

The well-funded propaganda campaign produced by the pro-cannabis lobby has succeeded wildly. In spite of mountains of excellent, peer reviewed evidence, demonstrating its harmful effects, the uninformed citizenry, increasingly believe that marijuana is a harmless recreational drug.

How many more young people will throw away their best years, before we wake up and recognize the cost of dumbing down— what should be our most productive citizens? The cost of failure for these people, and for our nation will be staggering.